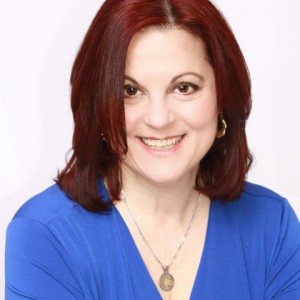 Serving three administrations during her 25-year tenure, Ms. Markowitz has steadily increased production of movies, television programs and commercials that are shot in Nassau County, logging over 650 production days and over $80M in positive economic impact. Under her auspices, Nassau County currently ranks #2 in New York State for the amount of documented production days, second only to New York City.

Ms. Markowitz also serves as Vice President of the Long Island Film/TV Foundation, Long Island’s most established and largest not-for-profit agency dedicated to the support and promotion of independent filmmaking. Under her directorship, the Foundation spawned the Long Island International Film Expo (LIIFE.) The event, currently in its 16th year, enjoys enormous popularity, attracting short and feature-length independent films from around the world, spotlighting films made on Long Island and concluding with a star-studded award celebration.

Debra Markowitz is also a freelance writer and novelist.  The third book in her trilogy (following Naked in the Rain and Sarah and Caleb), Karmic Wind is set for release in 2013.  For a complete list of her work, please visit her site, www.debramarkowitz.com.

Ms. Markowitz’s name can be found on the Long Island Press’ Power List, 50 Long Islanders Who Control Our Lives (2003 and 2012); Beverly Fortune’s 52 (2006); as the recipient of the prestigious George M. Estabrook Alumni Award for Distinguished Service (Hofstra University, 2011) and the 2012 Long Island Arts Council honoree as its Outstanding Advocate for the Arts.

An enthusiastic fellow filmmaker, Ms. Markowitz has acted as Casting Director, consultant, writer and producer on movie, television and commercial projects individually and with CastingKarma.

Debra Markowitz, an avid practitioner of yoga, lives in North Merrick with her partner, John Marean, and their daughters. Ms. Markowitz is a proud volunteer at the Save-A-Pet organization.