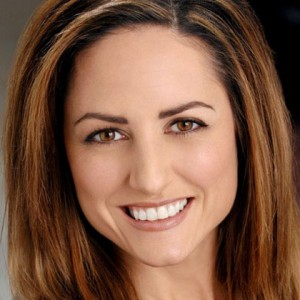 Donna Sirianni brings her energy, passion and positive attitude to all projects she is gratefully a part of. Before entering the entertainment arena, she was a permanently certified High School Biology teacher who received accolades in the press for her teaching methods and trained other teachers throughout New York State. She made her transition into movies and television by taking her first step in producing, creating the on- going high energy documentary titled “My Wish” which shares how the type of thoughts and energy you create directly effect the manifestation of your reality. Its trailer has been viewed globally in 77 countries.

Donna was associate producer on the television show IndiMusic TV which aired on WLNY for three seasons, helping independent artists from the U.S. and from around the world get their music out into the public. She was responsible for the casting of talent, hiring writers and the forming of relationships with CEOs of music production companies nationwide and scouted show segment producers from international cities. She was also an on-air host of IndiMusic TV. Most recently, Donna is the creator/producer of the dramedy feature film “Behind the Scenes” which is currently in pre-production. It tells a story about all the coordination taking place behind the scenes in the “universe” to help you fulfill your life’s purpose.

As an actress, Donna has studied her craft in master scene study classes throughout New York City. She is one of the current principle cast members playing a partner of a major marketing firm in the TV show “Here’s to US” which is currently getting pitched to the major networks. She’s also taken roles in various independent films and has been featured in Law and Order, Guiding Light, and Baby Mama with Tina Fey.

Donna Sirianni is also a public speaker on personal development and founder of her company “Moving Forward Seminars”. She has been invited to speak at companies such as SONY Music and Entertainment, Interpublic Group, KPMG, Verizon and Motorola. She is certified in Neuro Lingusitic Programming and has been interviewed on both radio and television about her goals on intertwining the ideas of personal development with the mainstream movie industry. She currently resides with her three beautiful children on Long Island, New York.