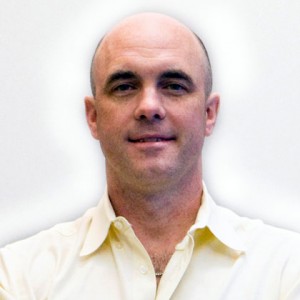 Glenn Allen is a co-founder of the Emmy Awarding digital effects company: Brainstorm Digital. He has worked on the hit show “Boardwalk Empire” and with Award winning directors such as Ron Howard, Brian DePalma, Jonathan Demme, and Frank Oz.

After graduating Emerson College in 1991, Glenn Allen quickly established himself as a filmmaker with intense passion for his craft. While working on feature films in various departments, including camera, sound, and props, Glenn was drawn to film editing to hone his storytelling skills.

In 1994, Glenn was hired by Ron Howard as an assistant editor on “The Paper”. This 18 year collaboration on Howard’s post-production team saw Glenn’s skills mature alongside some of the greatest post-production talent in the industry. During his tenure with Howard, Glenn’s particular interest in visual effects was sparked while making the Academy Award winning “Apollo 13″. Aside from Howard’s films, Glenn’s keen eye for stunning visual effects was cultivated on notable visual effects pictures such as “Sleepy Hollow” and “Mission To Mars”. This specialization led to a more hands-on approach in the cutting room, providing Ron Howard with conceptual ideas for visual effects on “A Beautiful Mind” (Academy Award – Best Picture) and “The Missing”.

Concurrently, other accomplished Directors such as Brian DePalma, Jonathan Demme, and Frank Oz also recognized Glenn’s talent, and quickly enlisted his services on their films, resulting in experience on over 67 film and television projects.

Most recently, Glenn has produced the acclaimed History Channel series, “The Men Who Built America” and also served as Visual Effects Supervisor. Glenn is also the VFX Producer on HBO’s “Boardwalk Empire”. He has also edited Neil Young’s last two concert films, both directed by Jonathan Demme. He has shown his talents as a screenwriter on an independent film, and has written and directed his own award-winning independent feature.

Glenn’s passion for great storytelling is his motivation for providing filmmakers with visual effects and vast filmmaking experience that will enrich their films and enable them to realize their goals. When he is not working late at the Brainstorm office or chasing his four children around, he is either watching movies or playing guitar.