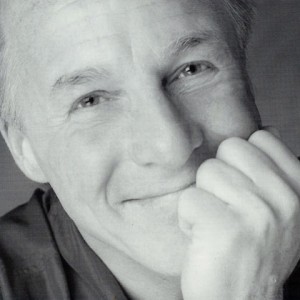 A longtime fixture of radio’s Howard Stern Show, comedian Jackie “The Joke Man” Martling was born and raised on Long Island, NY. He earned a degree in mechanical engineering from Michigan State University in 1971, and initially pursued a career in rock & roll with his college band The Pillowcayse.

Martling has always been known among his friends…and everyone he’s ever encountered…for his seemingly inexhaustible supply of dirty jokes, and upon returning to Long Island in 1973, he and a pal from kindergarten formed a duo, The Off Hour Rockers, that played original music, told jokes, and did comic routines.

For a hoot, Jackie tested his jokes on open-mike night at New York City’s Catch a Rising Star and brought down the house. After the duo disbanded in 1978, Jackie began telling even more jokes in his solo musical act, and after meeting a few local comedians, he soon started producing comedy shows in small clubs all over Long Island and in New Jersey, and was thus one of the initiators of the comedy boom in the early 80’s. In 1979, he released his self-produced debut LP, What Did You Expect? on Off Hour Rockers Records.

While touring as a national headliner, Martling released two more albums, 1980’s Goin’ Ape! and 1981’s Normal People Are People You Don’t Know That Well. On a tip from a Washington DC club owner, Jackie sent his three lp’s to Howard Stern upon Howard’s arrival at WNBC-AM in New York City in 1982. It resulted in Jackie being part of the crew one day a week for three years, and in 1986 he became a full-time cast member and head writer of Stern’s show.

Jackie left the show in 2001 after fifteen-year run as head writer of the radio show, four television series, and three Pay-Per-Views.

Jackie can currently be heard on SiriusXM satellite radio hosting “Jackie’s Joke Hunt” on channel Howard 101 Tuesdays from 7-8pm EST. One of the most-requested artists, he can be heard very frequently on the uncensored comedy channels SiriusXM Raw Dog and on “The Best Of The Howard Stern Radio Show” on SiriusXM. His sixth Oglio comedy CD, “snart,” was released in April 2010, another 78 scorching minutes of Jackie live where he was.

Featured as himself in the Paramount film Private Parts and the red-hot independent film “The Aristocrats,” Jackie has also appeared in many independent films, most recently “Venus & Vegas,” “White Irish Drinkers” and “The Great Fight.”

Jackie has appeared on many television shows, and has been a national headliner since 1979. His most recent joke book was Simon & Schuster’s 1997 “Jackie Martling’s Disgustingly Dirty Joke Book,” (hardcover 1997/paperback 1998).

He wrote the joke page for Penthouse magazine for seventeen years, and currently has a line of electronic joke gadgets he created with EB Excalibur in stores internationally.

His fun-filled web site is www.jokeland.com and “Use Your Finger! (516) 922-WINE,” that he created in 1979 to help jump start Long Island’s comedy scene, remains the world’s longest running dirty joke line.

Jackie boasts a catalog of over 30 joke CD’s, joke videos & joke by-products, produced by his own JokeLand Inc. & distributed by Oglio Records and Kulter Inc. He lives on Long Island & Manhattan, New York.

He still headlines around the country, performing his solo act of rapid-fire filthy jokes and the classic finale, “Stump The Joke Man.”