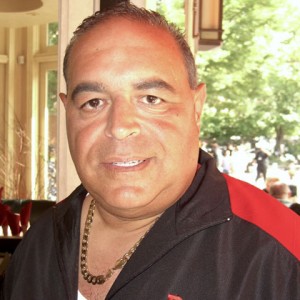 Joe played  Vito Spatafore on the Emmy Award winning hit show “The Sopranos” on HBO. He has appeared in many blockbuster films such as “Men in Black 3″.
Born and raised in Brooklyn, Joe attended St. Johns for two years, majoring in communications. His passion then switched to cooking and he soon became a self-taught chef. During the early 1980’s he worked in Manhattan, Boston, Los Angeles and New Orleans. While in Manhattan, fellow actor, Tim Kelleher suggested he audition for a play called The Juicemen.
After enjoying his time in the play, he hired private acting instructor Bob Patterson. Joe then headed out to Los Angeles in the early 1990’s, where he landed his first movie role in Money for Nothing. Coming back to N.Y. in 1995, he opened up restaurants in Bay Ridge, Brooklyn and continued to dabble in acting.
His acting career got a boost from Benecio Del Toro, whom he met on the set for Money for Nothing. Benecio cast him in his directorial debut in the short Submission as the lead with Matthew McConaughney and Valeria Golino. Benicio also introduced him to Sheila Jaffe and Georgianne Walken, both who cast for the Sopranos. Through that connection, Joe was cast in Basquiat, Two Family House and finally, the first season in The Sopranos. In the eigth episode, playing a character named Gino, he appeared in the famous bakery scene in which Michael Imperioli shoots the baker in the foot. (Joe’s famous line was “What about my bread?”).
In the second season, Joe was renamed Vito Spatafore. He is the nephew of the character Richie Aprile, played by David Proval. Joe brought the idea to make his character gay to the attention of his writer, based on a true story he read . they like the idea and dedicated a whole season based on his character .