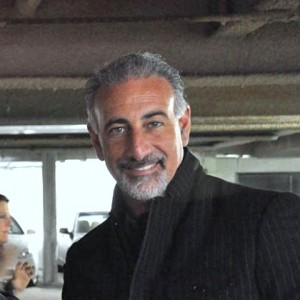 Peter Bongiorno is the writer, director and a producer of My Cross To Bear ,a film presented by his production company Atticus Films. He has studied acting for several years, and attended the world-renowned Lee Strasberg Theatre and Film institute in New York City. Peter was an Executive Producer of the award winning feature film “A Novel Romance” (Steve Guttenberg and Shannon Elizabeth). As an actor he has had roles in theatre and several feature films including “Descent” (Rosario Dawson), “A Novel Romance” and the multiple award winning Independent Feature film “Bronx Paradise”. He has had appearances on Fox, ABC and NBC and has contributed to various articles in the New York Times, New York Post, Daily News, etc.

Peter was born and raised in South Queens, New York where he earned a bachelors degree from St Johns University while working full time in the nightclub and construction industry. In 1985 he was awarded a Juris Doctor degree from St. Johns School of law. He has been a trial attorney for over 25 years, the partner of a law firm that he founded in 1988, an adjunct professor of law and serves on the board of several charitable organizations.

Before writing the script for this film Peter engaged in exhaustive research, spoke with various medical professionals, and met with numerous victims of abuse who shared their horrifying stories and their tormenting struggles to survive. One courageous man in particular inspired the creation of My Cross To Bear as Peter explored the life of the seemingly successful adult who struggles every day to hold the pieces of his life together while being haunted by his secret past.